It was never cold in Winder, Georgia. Not really. Not compared to the cold I’ve felt in Siberia and Moldova and occasionally in Michigan. But it was a little bit colder in December than other months according to my aged recollection.

One of those cold December days, I was awakened by the smell of coffee in the kitchen. My bedroom was a room and one story away, but the aroma seemed to find its way to my space on special days. This was a special day. My aunt and uncle were in from Atlanta, my brother and sister were home because we were all out of school. My grandmother and my other uncle, my mother’s brother, were likewise rising from their rooms in the same home. And, of course, the matriarch of the home, my faithful mother, had been up for hours preparing breakfast and getting us all ready for this exciting day.

It was Christmas. I was ten years old. My sister aged out at a weird fourteen and my brother was a cool sixteen. ‘Why breakfast?’ was my first thought. I wanted to open presents. Wasn’t that the purpose of Christmas. I mean I knew that family was important. This was one of three times a year we all gathered. Christmas, Thanksgiving and our shared summer vacation at Jacksonville Beach, Florida.

This was the year I had asked for two Sikorsky helicopters to add to my model plane collection. Excitement was in the air. I was checking out the packages from a distance. I saw a few, but wasn’t sure if any of them would be my helicopter.

Breakfast was finally over. We cleaned the dishes and moved to the family room. I was in charge of passing out the presents. But each time, I would glance to see if my name was on a tag. Finally, I saw them. I couldn’t believe what I was seeing. There were not two model helicopters. There were seven!  All of the models were in front of me. What!!!  I was thrilled that my aunt had given these to me. I remembered when we were at Rich’s Department Store in Atlanta looking at toys my response to her question when asked which ones I wanted.  “All of them” I replied joyfully.  Unbelievable. She exceeded my expectations.

Later that day, my Grandmother Lowe whom we called Mama, pulled me aside in the kitchen. We sat by the wood burning stove. She told me a story. I only remember the ending. The greatest gift you could ever receive will also exceed your expectations. It will go far beyond anything you could want, think or imagine. It is the gift of eternal life in Jesus Christ. That’s what she said. Unfortunately, it took me another eighteen years to learn the lesson.

It also happened in a kitchen, at a table, on my knees. I had heard the Gospel of Jesus Christ a few hours earlier at church.

The present was there. All I had to do was open it.

My helicopters are all gone along with my train set and my village and other model aircraft and ships.  But my salvation, that remains. That is what Christmas is all about. It’s the day we celebrate the present. There is nothing better. 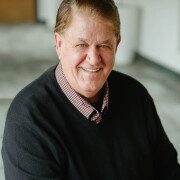 Greetings. My name is Wally Hostetter. My wife Linda and I have three daughters and four grandchildren. I've had the privilege of serving the Lord with Linda for over 40 years in ministries that have taken us to fifteen nations and 7 different Stateside ministries.

I have been at Community Church since 2013 and served as Co-Pastor from 2015-2020.  It is a joy and an honor to be able to help lead this team. Thank you for taking some time to learn more about us as a church! 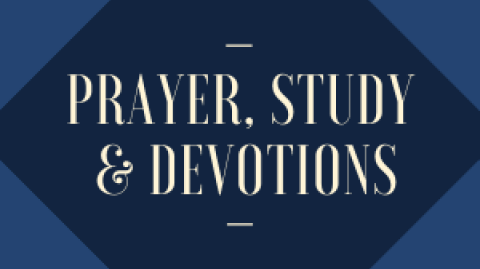