A few weeks ago my grandmother pulled out a folder with some things I hadn’t seen in over 12 years. Inside it was my high school newspaper with an article about how I had been voted ‘class hero’ In our schools ‘top 10 seniors’ poll. 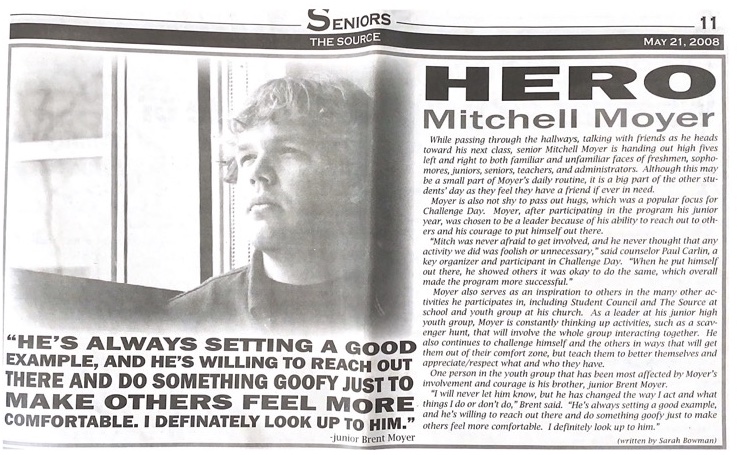 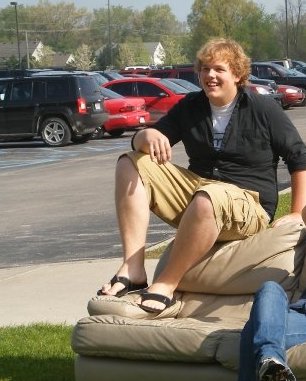 And while I had to hold back a chuckle from the goofy picture they took of me, I couldn’t help but reflect about my high school experience.

To me, popularity seemed to come fairly easily.  I was the guy who got along with pretty much everybody and really only wanted to be known as a good friend. At least, that’s what I told myself. I made sure that while I looked like I didn’t care (my hair was even longer then than it is now) I really did care. My greatest fear wasn’t public speaking or presenting in front of the class, it was that people would realize how insecure I was.

I’ve always been a guy who is physically larger than other kids, both in height and weight. I’ve been the tallest guy in my class as long as I can remember and from that stemmed a lot of insecurities around the way I looked. I would make sure that I appeared confident and sometimes arrogant, to try my best to hide the fact that I did not like the image I would see in a mirror or a picture. In fact, I’m pretty sure I spent my entirety of high school avoiding mirrors and even my own reflection and windows because I didn’t want to see my own reflection.

I wanted to make sure the people thought I had it all together. Looking back, I’m not sure why. I talked with a lot of friends who had similar thoughts and insecurities, and always had the right words to say to them. I was quick to point out their value, the fact that God loves them and made them just the way they are but I could never believe it for myself. In fact it only seem to get worse the more I avoided having to face my own insecurities. Because now I had to face the reality that the person people knew and were friends with wasn’t the real me, or at least the whole me.

I had convinced myself that if I showed weakness if I admitted the insecurity that I had, people wouldn’t want to be around me. That couldn’t have been further from the truth.

I wasted years of valuable time trying desperately to hide a major part of how I felt. I worked as hard as I could to craft an image of a guy you had it all together so I could try to hold on a piece of popularity that looking back now at this folder my grandmother handed me didn’t matter.

I remember when I first opened that School newspaper, I was so proud of myself, I felt like I truly had accomplish something. Reflecting back on it now some 13 years since I graduated high school, instead of pride I feel a bit of remorse for the friendships and relationships I didn’t let get to know the real me.

So my advice to anyone on the issue of popularity always comes back to the core idea that if you can’t be known as who you are—the good, the bad and the ugly—you’re missing out on the relationships the God has designed us to live. Don’t seek popularity over friendship. Don’t seek quantity over quality.

I left high school with a lot of friends and a lot of people who thought they knew me pretty well. Shortly after graduating I realized I had a lot very shallow relationships and very few deep, honest relationships and friendships. Looking back, I would 100% trade that top 10 senior ranking to have had a few friends who knew me well and could’ve helped me grow and improve as a person.

But thankfully for me and you, it’s never too late to open up. 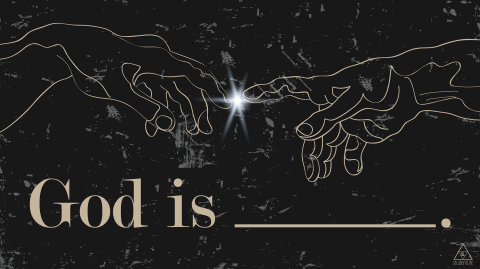