What I remember about middle and high school is having millions and millions and millions of conversations…..with myself….in my head! The amount of noise and nonsense in my head was enough to make me want to pull my hair out. “Oh my gosh, that girl just glared at me. Why does she hate me? Did I do something wrong? Maybe she doesn’t like that I answer all the questions in that class. I’m going to stop doing that. I probably do that way too much, and she’s right, that would be so annoying. Man, I would be annoyed with myself too if I were her. I’m just going to keep my mouth shut next time.” Or “I can’t believe I just said that! Everyone must think I’m so ignorant for saying that! I didn’t mean it that way, I was only trying to give my point of view. What if they go tell someone else what I just said and I don’t get to explain myself? I feel like I can’t say anything right. I’m just going to keep all my opinions to myself next time.” Or “I feel like I’m not enough. I feel like I’m always falling short, disappointing friends, my teachers, my coaches, but then at the same time I also feel like I’m too much! I’m too loud, too silly, too smart, too vocal. Why do I feel like I’m always falling short but also too much at the same time?”

So much noise in my head. Most times I didn’t even realize that the constant dialogue of conversation with myself was happening. My voice, ‘she’ became a “friend” to me. If she wasn’t talking to me, I’d wonder why things got so quiet. And when she was talking to me, the voice was not a good friend at all. Actually, she was a really, bad, mean, and awful friend. She was always beating me up, knocking me down, telling me to stop, telling me I wasn’t enough, telling me to shut up, telling me ‘this person’ hated me and ‘that person’ said this about me. She was the biggest, meanest, bully to me in all of middle and high school! And I hated that bully!

When I look back on this time, no one else was actually truly as mean to me as I was. I realized that I assumed others thought certain things about me, but in reality, they actually never said any of those things.  I said it to myself. I filled in the gap with my own dialogue, my own assumptions, my own belief of what I thought they must be thinking.  Yeah, sure there may have been looks, glares, whispers, or rumors…but honestly, I don’t really know if those glares or whispers were about me. Honestly, I don’t even know if those rumors actually happened or were true! I just assumed they had to be and that they had to be about me! My own voice, that mean little bully in my mind, made everything all about me!

Popularity to me became all-consuming in my mind because my little bully made me feel like no one liked me. And the worst thing about my bully, is that no one knew about my bully, except ME. In any other situation, there would be zero tolerance for bullying in school! If there were a person who actually was this mean to me, I know that a teacher, friend or parent would have shut that down so fast, that that bully would never even think about bullying me again! But no one saw this bully. No one even knew this bully existed.  I actually didn’t even know my bully was a bully. It was just “normal”. This was how I lived every day, and that constant little voice became so normal that living without it, never even crossed my mind as an option!

Then I met Jesus. Like, I really met Jesus. This was later on in college. I learned how worthy, valuable, important and special I was to Him. I learned how He saw me as always enough, even when I felt like I wasn’t. I learned how He saw and knew all my weaknesses, but yet, He still loved me. And I slowly began to realize that the voice of God was very different than the voice of the bully inside of me. The voice of God and the voice of my bully began go to war with each other. The voice of God wanted to speak truth into my heart and mind, but that little bully had spent years making me believe the opposite. What I thought was true, God said was false, and what God said was false, I had believed to be true. God turned everything upside down. And it was through this wrestle and war in my mind, that I began to slowly realize that the bully who had lived there all my life, didn’t have to live there anymore. I could actually kick this bully out! I didn’t even know I had that option, but God made me realize that I did! It wasn’t easy! That little bully had made a comfortable home in my mind for years, so kicking her out, took a lot of time; took a lot of persistence; and it took a full artillery of God’s Word and Truth to combat the lies that she fired at me! But the more I equipped myself with God’s Truth, the quicker I distinguished His voice from her voice. The quicker I was able to distinguish His voice, the easier it was for me to kick her out. And the more I fought back, the stronger I became. And now, years later…I’m 38, that little bully is still there. She still knocks on the door of my mind and she asks to come in. Sometimes she seems like a familiar friend and the temptation to let her in is very, very strong. She looks true. She sounds true. And she sure is persistent. But the difference is, now I have spent years listening to my Fathers voice over hers, and even though she is trying to sound like my Father, I know His voice so well now that I will not let her back in! I refuse to let her back in! She is a liar, deceiver, and a thief of my joy that God sent His son to die for me to have. And I will not let that bully steal that away from me anymore.

So, was popularity important to me in school? Absolutely! But it was because I believed the bully in my mind who told me that popularity of people was the most important thing! It was my bully who made me believe that no one liked me and I was never enough. And because I believed her, I tried to do whatever I could in order to shut her up, to make her say nicer things to me, to make her tell me that I really was liked and that people really did love me and think nice things about me. But the problem was, that bully never did shut up. It didn’t matter what I did, how good I was, or I hard I tried, that voice was always the same.

Does this sound like you? Can you relate to any of this?  If so, I’m here to tell you, you are listening to the wrong voice. You have allowed a bully to take up residency in your mind. You are striving to be popular in the eyes of your bully, and you will never satisfy him or her. That bully will never stop. But…you do have a choice. You don’t have to let that bully live there anymore. That bully is a liar and deceiver and God wants you to kick that bully OUT! Kick that bully to the curb! Now is NOT the time to be nice, passive, gentle or polite. Get that bully out of there! And as you begin to fight back, God wants you to listen to His voice instead. His voice says you are enough just the way you are. His voice says that you are so popular to HIM! His voice that says He is your biggest fan! He loves everything about you! He is mad about you! If he had posters on His bedroom wall, it would be a poster of you! You ARE so popular to Him! And that popularity is the only popularity that matters!

Oh, what would my middle and high school years have been like if only I had chosen to listen to God’s voice instead of that bully?! So much would have changed. I definitely would have loved myself a lot more. I would have loved others more too. I would have thought the best of them, instead of assuming the worst. I would have had more peace, more confidence, and much more self-assurance knowing I didn’t have to change anything about who I was, because God already said, “I was enough”.

I pray this over your life today. I pray you know you are enough. I pray you know how Popular you are to God! I pray you begin to kick the bully out, and that you do that by arming yourself everyday by reading God’s Truth. I pray that you begin to recognize His voice over your bully’s, and even when that bully keeps knocking at the door of your mind, again, and again and again, because that bully may never leave, that you refuse to let that bully in! You’ve got this! You are more than a conqueror with Him. And you are, popular to God! 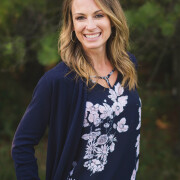